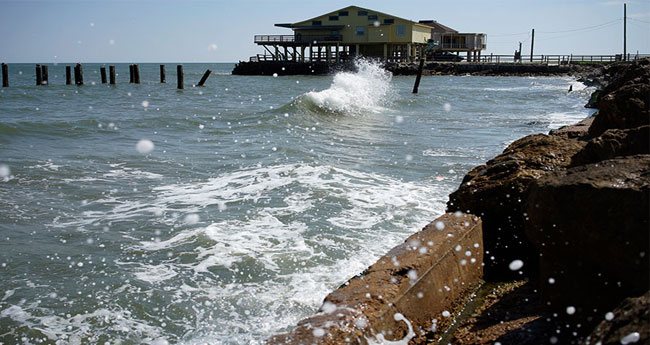 Coastal flooding due to extreme weather events and sea level rise is of growing global concern, and increasing coastal resilience to these threats is a priority for many countries and a global need. Coastal Communities at Significant Risk of Chronic Flooding. Billions of dollars of property are at risk of chronic flooding in the coming decades, according to a new study from the Union of Concerned Scientists, a science-based advocacy organization.on 19th June a report is released finds that in next 15 years about 147,000 homes and 7,000 commercial properties worth $63 billion are at risk of chronic flooding. By 2045, the numbers would increase to 311,000 residential properties – worth $117.5 billion – and would impact a half-million people.

There are millions of Americans living in coastal areas will face this flooding problem as the tides inch higher and reach farther inland. As per Report when sea levels rise, persistent high-tide flooding of homes, yards, roads, and business districts will begin to render properties effectively unlivable, and neighborhoods—even whole communities—financially unattractive and potentially unviable.

According to report, The sea-level rise scenario assumes that carbon emissions will continue to increase and rising temperatures will cause loss of land ice, leading to an estimated 6.6 feet of global sea level rise by the end of the century. “When we present these results we emphasize that high scenario because it is recommended for use in situations where there is a low tolerance for risk, and for most people, their home is their greatest asset, and loss of their home is something which they have a very low tolerance for,” Spanger-Siegfried says.